Top Ten Tuesday was created by The Broke and the Bookish in June of 2010 and was moved to That Artsy Reader Girl in January of 2018. It was born of a love of lists, a love of books, and a desire to bring bookish friends together. The topics are scheduled in advance which you can check out here.

I have a huge collection of books! They have become a part of my house decor. For a series to be my favorite, it first needs at least two books released. I would have put my recent finish, A Curse So Dark and Lonely, but with the sequel not being released until January, I’ll (hopefully) save it for the next favorite series. I know today is Wednesday, but I had 3/4 of this post done and fell asleep. As I write this now, I am holding my 4 month old in one hand, and taking few pauses to drink my Blueberry Black Tea. Je voudrais tous le caféine!

As I’ve said previously, Harry Potter is my life! Anyone who has seen my son’s nursery can attest to this! So naturally Harry Potter will be first on my list as it was my first favorite series. It will always hold a place in my heart and soul. As you can see in my picture, I have read it quite a few times. Though I only bought my paperback set five years ago, my hardback set remains with my mother which was read countless times together. I remember her and I reading the books every chance we had. Waiting for the school bus to pick me up. Reading on the other side of the bathroom door while the other showered. Fighting to stay awake every night until 11 pm just to get “one last chapter” in. It brings back the warmest memories. I would read Order of the Phoenix and Half Blood Prince underneath my desk during classes. Where most teachers had to force students to read, I would get in trouble for reading too much. Also, not pictured is my pristine first edition copy as Philosopher’s Stone.

I know I’ve mentioned my love of Sarah J. Maas and her characters. Of course, I have her special editions as they’re released, along with alternative covers, and multiple different copies of the books. Throne of Glass was the first book I read by her and the world she creates is reminiscent of Elder Scrolls: Skyrim. I quickly fell in love with the world of Erilea. I have read this series 3 (going on 4) times. Hulu seriously needs to pick up the pace on this series. Heck, I’ll volunteer to wear a blonde wig and learn some assassin skills 😉 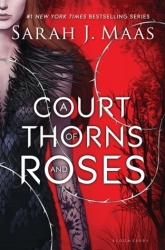 A Court of Thorns and Roses

Like I said before, I love SJM. Her spin on Beauty and the Beast is absolutely beautiful, unique, heart stopping, gut wrenching, edge-of-your-seat, plot twisting, and romantic. Prythian is such a beautiful and diverse world that captivates readers, wishing we could just stumble upon the barrier to this world. I fell in love with characters to only find myself ranting over the next thing they did. Again, another series I’ve read 3 times, and it is taking every ounce of my strength to not reopen the book because my stack of TBR is looking like the leaning tower of Pisa. They seriously need to get their crap moving on making this a movie!!!!! And Theo James needs to play Rhys (ugh celeb crush alert!). I currently have an alternative book jacket on my copy (seen to far left of picture)

I am in a major book coma from reading Finale last month. Is it really over? I love the fandom that goes with this series, and just the unique world that Stephanie Garner creates. Someone give this series to Tim Burton! My copy of Finale is special edition from Fairy Loot. I must post a picture of it at a later time because it also has sprayed edges ❤ It’s very similar to the UK version. It’s totally not wrong to have multiple copies of the same book right?

Burn for Me series

I hate the covers for this series. It looks like something you’d see in the free basket at the library or senior center. These books are so bad ass with heart pounding action, romance, and twists and turns to leave you gasping. And can we be honest? Mad Rogan is drool worthy! He’s such a caring guy that reaches out and helps people needing it, but to anyone that hasn’t gotten the chance to truly know him, he’s a scary mysterious man. Main character Nevada Baylor is also a very strong female who takes matters into her own hands, necessary risks, and is always trying to provide for her family.

A superhero series that really asks the question: who truly is the villain? The ones that want people to live freely with their supernatural abilities, or the ones claiming to be heroes that lead the government but want to control who gets to keep their powers? Also, the covers are amazing! Just look at the final sequel’s cover, releasing later this year. 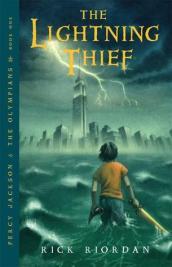 I love Greek mythology. Rick Riordan brings the well known Greek mythology tales to life in a modern world setting. He really makes you imagine our own world coexisting with the Greek gods and goddesses.  I actually really liked these movies (Hello, Alexandra Dradario ultimate crush!) and am heartbroken they won’t continue making the series. I appreciate Riordan’s writing style and have the rest of his multitude of mythology books on my TBR. 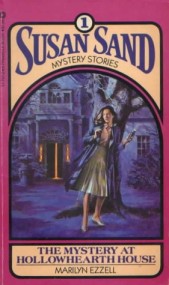 If you tell me you have read this series, I will be shocked! This series was first released in 1982, and they are the only 8 books released by Marilyn Ezzell. She passed some years ago which truly leaves me sad. I managed to obtain every book in the series, not without some major digging as first editions range around $700s. They are very quick reads but I greatly appreciate the classic that they are, and the idea of a college student writing mystery novels while she solves real life mysteries. The style of writing in the 80s was quite different from how we write now. This series is very reminiscent of Nancy Drew.

Another book/series I’d be surprised if you’ve heard. The first books is Hook’s little Mermaid, and the second book is Red’s Tangled Tale. As you can assume from the series title, the series is a spin off of our beloved fairytales, yet the characters are all entwined. Think the show Once Upon a Time. Very short read but full of surprises. I wish it was a longer series. It seems the author has taken a break from the series. 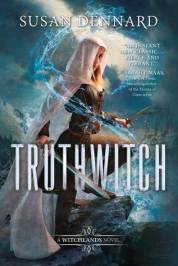 Susan Dennard is such an amazing author that truly cares for her fans and their input. I love how involved she is with her fan base too! I was very fortunate to have been able to get an ARC of Bloodwitch, book 3 (technically 4) in the series. A wonderful fantasy world with unique creatures, witches with elemental powers (and the few truth and blood witches in between), and chapters of many POVs from the diverse characters. Susan Dennard continues the literary movement to break the common narrations and provides an equally diverse cast for everyone. (Insert applause here) All of her book covers are captivating as well. I seriously get so excited with each cover release.

What’s your favorite series? Have you read any of my favorites?

I love drinking black tea, black coffee, and eating chocolate while reading a good book beside my window. Put me in a cafe, especially in Oregon, and I am a happy clam. Favorite genres: Fantasy, Sci-Fi, History, Romance, Paranormal, Mystery, Adventure, and gen fiction. I write fantasy/paranormal and historical fiction/adventure books in my spare time. Mommy of a toddler and baby boy that loving reading any chance they get. Pursuing BA in History with a minor in Literature at Southern New Hampshire University, Currently active duty military. Answering your at sea distress calls, multiple calls at a time <3 Monthly book box subscription services from Fairyloot, OwlCrate, and Lit Joy. Bookstagram: @booksincombatboots Instagram: @breesimko Twitter: @bookncombatboot Goodreads account: https://www.goodreads.com/akacelaenarenee email: booksincombatboots@gmail.com View all posts by Celaena Renee